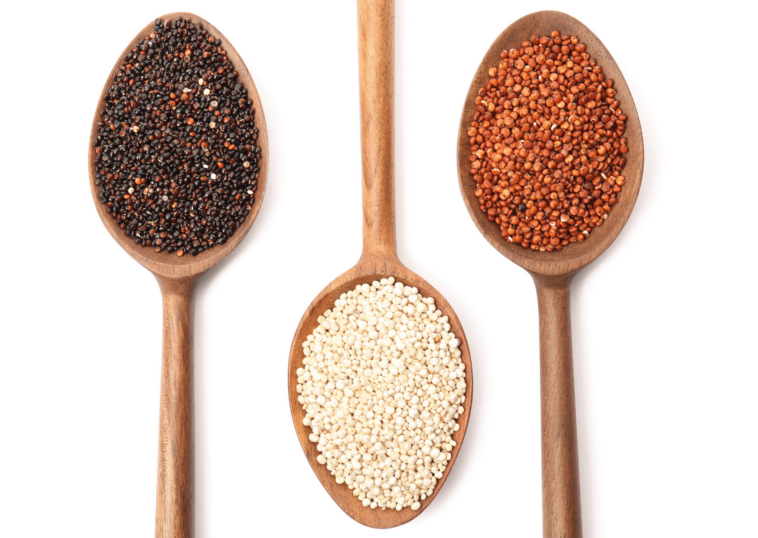 Quinoa is a pseudocereal whose consumption has increased greatly in recent years. Today, you can even buy various types of quinoa at most health and natural stores.

This article defines which are the types of quinoa, and which color is healthier. Red, white or black? Where is quinoa grown, and what does the plant look like when it grows?

How does the quinoa plant grow?

Quinoa is a plant of the Amaranthacae family, native to the Andean regions of the South American continent. The seeds of this flower are used as food and are rich in protein, fiber, B vitamins, and various minerals.

The closest relatives of quinoa are amaranth and the spinach plant. Most of the world’s quinoa grows in Latin America, in the highlands of the Andes.

According to 2018 data, Peru and Bolivia grow up to 99% of the world’s quinoa harvest. (1) In significantly smaller quantities, the harvest is produced in Spain and France.

The widespread use of quinoa in healthy recipes is due to the fact that this crop does not contain gluten. Also, compared to other cereals, it contains more essential nutrients, such as iron.

There are three main varieties of quinoa: red, yellow, and black. Each of these differs both in color and taste. You can also find mixes with all types or tricolor mix. Also, the grain size of the quinoa can be different, smaller or larger.

Keep in mind that from a nutritional point of view, the three types of quinoa have very similar characteristics. It cannot be said that one type is nutritionally better than the other.

However, the color of quinoa is due to the presence (or absence) of a protective shell that gives it some particular properties.

Yellowish-white quinoa has a milder flavor and is traditionally used in cooking and baking. Red and black quinoa, on the other hand, has a denser texture and is better to add to salads. 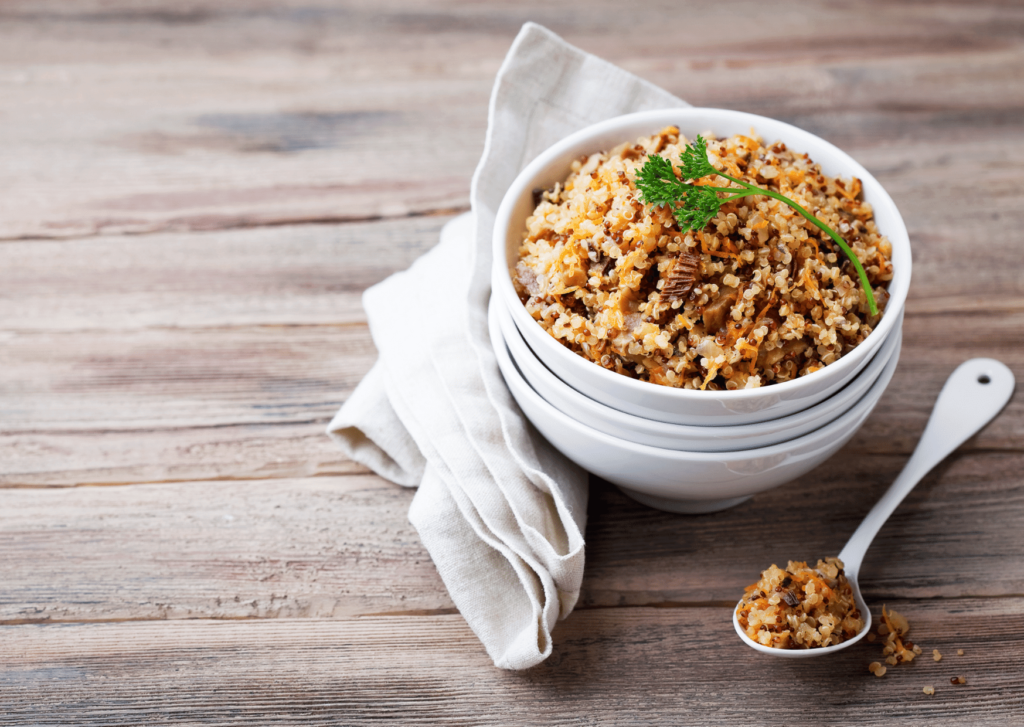 What is the best type of quinoa?

White quinoa: Perhaps it is the best known and with a greater presence in the market. It has the finest and smoothest flavor, contains fewer calories than the other -160 calories per ¼ cup- and has more fiber than red quinoa -11g per ¼ cup vs. 6 g of red-, which promotes the health of the digestive system, controls blood sugar levels and offers a feeling of satiety.

It is also rich in protein, which helps burn fat and strengthens muscles and tissues. It is the one with the least carbohydrates and contains large amounts of vitamins and minerals: ¼ cup of this cereal provides 15% of the suggested intake of iron, 2% of calcium and 4% of vitamin A.

Red quinoa: This quinoa has properties similar to white quinoa. Low in calories, rich in protein and highly nutritious. It is the one that contains the least fat and is the highest in carbohydrates, which makes it an excellent food for athletes: 33 g per ¼ cup. It is a great food as it provides energy, strength and endurance.

Black quinoa: It is a new species. It was created as a hybrid of the quinoa and spinach seed mix. It has the same characteristics as the other two types of quinoa. However, the presence of lithium stands out in it, which helps to regulate stress and reduce depression. It also has anti-inflammatory and healing properties.

While light-colored quinoa is excellent both as a hot garnish and added to baked goods (in the form of flour), the red and black varieties are characterized by a slightly bitter, walnut-like flavor, plus the rind gives it a crunchy feel. The darker the color, the crunchier the quinoa.

Tricolor quinoa (a mix of three different types) has more versatility. This variation is more suitable for salads; however, if you like a softer consistency, you can use regular white quinoa.

We remind you that it is recommended to store the open bag of quinoa in a dark and cool place. The taste of cereals is also influenced by the fact that it is able to absorb odors. When stored in an open package, the bitter taste can become more noticeable.

Quinoa is a pseudocereal crop grown in the highlands of Latin America. While there are several varieties of quinoa that differ in color, their nutritional profile is identical, the only difference being the bitter taste and the crunch characteristic of the darker varieties. 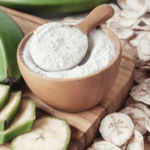 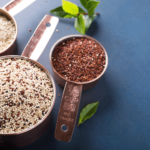