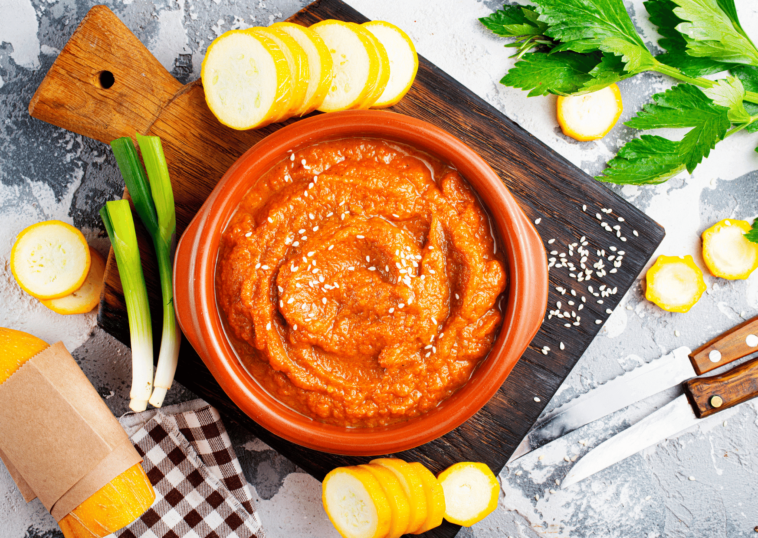 Eggplant caviar is one of the easiest dishes to prepare (as well as tasty and healthy!). At home, it cooks in literally a few minutes, in a skillet, multi-cooker, or even in the microwave.

Also, you can make eggplant caviar with mushrooms, meat, or even orange juice; these ingredients will add new flavor notes to the familiar dish.

Here you will find a simple and quick classic recipe for eggplant caviar, what are its benefits and what is its origin.

What is eggplant caviar?

Eggplant caviar is a traditional Middle Eastern dish. In Georgia, it is known as “badjanis hizilala” and in Armenia “mutabal”. Although the ingredients of the composition may differ, (for example in Georgia, pomegranate grains are added instead of tomatoes) the base is the same.

The recipe is based on an Arab appetizer (Baba Ghanoush), today it is a widely used dish in French cuisine. For its preparation, the whole aubergines are baked on fire or in the oven, which gives it a special texture.

The name “caviar” does not refer to the sturgeon egg product, but to the way the dish is served. Originally, this word meant any finely chopped food made from vegetables or mushrooms.

The original recipe for eggplant caviar requires vegetables that are precooked in the oven; garlic, salt and sweet peppers, the texture of the dish should be tender and airy.

The key to making a delicious eggplant caviar is to have fresh and tender vegetables. The older the eggplant ages, the taste becomes more bitter. The quality of the tomatoes is also important: if there are no organic tomatoes on hand, it is better to use tomato paste. 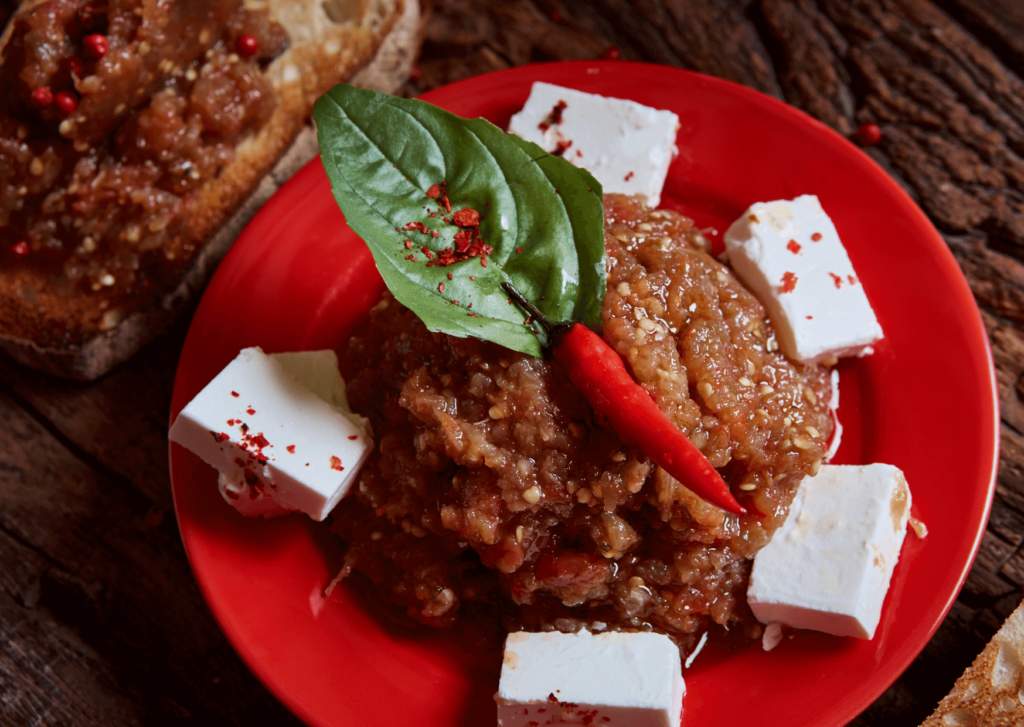 Nutrition information per serving (4 for each recipe)

Eggplants are considered one of the most useful vegetables: they contain both vitamins (mainly vitamin C and vitamin B6) and minerals (magnesium, manganese and others). The purple color of the skin is due to the presence of anthocyanins, powerful natural antioxidants.

In addition, the eggplant caviar is suitable for diabetics. Since the glycemic index of eggplant, its main ingredient, is low (only 15 units), this dish does not cause spikes in blood sugar levels.

In other words, if the eggplant caviar is made according to the classic baked recipe, the dish can be considered dietary. However, adding excess oil for frying (not to mention the use of mayonnaise) significantly increases the number of calories.

Due to the tomato paste content in the recipe, eggplant caviar is not recommended if you have problems with the gastrointestinal tract, especially gastritis and stomach ulcers. The high acidity of the dish can aggravate the above diseases.

In addition, if you add an excess of salt content when making this recipe, it makes eggplant caviar an undesirable dish for people with hypertension.

Eggplant caviar is a traditional dish worldwide. The classic recipe consists of roasting whole eggplants in the oven (or on the fire), frying other vegetables separately, adding tomato sauce and mixing all of the ingredients.

Homemade eggplant caviar is a healthy and nutritious dish. It is allowed both to lose weight and for diabetics too. 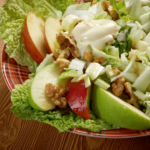 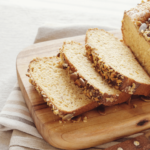